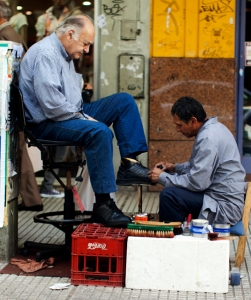 So lent was almost at an end. Lent Classes had taught me a lot. Mainly how the lens of our lives change how we view our faith. How god works with all of those perspectives to make a unified church. I could write on that subject all day but I want to focus on the last day of lent.

The Maunday Thursday service was lovely as usual, until we got to the washing of feet. As Jane and Sue started the preparation of the jug and the bowl of water you could see and almost palpably feel the awkwardness in the room. Here were people we all hold in respect doing something quite lowly. In among all of the services they give to our community, surely this was too much to ask, too demeaning. Someone we respect so much lowering themself? At the time I went with the flow of the service and watched everyone’s equally unsure reactions to this.

Later however the penny dropped somewhat. I have traveled on business to Sri Lanka, a poor country raising itself from a dirty civil war. Poverty is everywhere, and in the middle of this in Colombo are two of the grandest hotels anywhere. Air conditioned, plush, overflowing with delicacies from the gardens, food from every part of the globe.

I have stayed in one, the cinnamon grand, on about 3 occasions for two weeks at a time. Once when I was being picked up from work by a colleague from Bristol who had been there a few years I went past the shoe shine man. The service in the hotel was amazing, people assist you every time you move. I felt very awkward with all this, never lifting a glass without it being filled, never carrying a bag unless you almost snatched it from the bellboy. My friend had watched many of these encounters.

The shoe shine man asked me to sit on a grand stall where you have to climb up, I would be sat much higher than him, having a menial act done by another human being.

I refused, I just could not bring myself to let this be done.

At that point my friend snapped, and with obvious bad temper said “Get your shoes shined!, if you don’t he doesnt eat”. That convinced me, then he said something that really made me feel bad. “You are not above him, you go to work, he goes to work, so step down from your lofty tower!” (I paraphrase a little he was a bit ruder actually).

Then I saw it, my pride made me feel like I was looking down on him, because of the act. So by stopping myself from having it done I was showing how lowly I felt the act made him look. Pride, the greatest sin of all was truly my motivator. My Western pride meant that I felt I had to not show superiority. In avoiding it, I was merely showing myself as such.

That man was working hard to feed his family, if I cleaned his shoes, or had my feet cleaned then we are no more or less in god’s eyes. By avoiding having either done I was saying, this act is menial, and by doing it you are lowering yourself. Loss of pride, true humility means that we see ourself simply as human, and give to each other never seeing ourself as lesser or greater regardless of who undertakes even the most menial task.

Jesus taught us that when he washed his disciples feet, that us seeing him as lowering himself reveals our perspective and shows us more about ourselves and our pride than we really care to look at. That we saw him as lowering himself simply because of an act of kindness, or as in my case a normal part of a days work by the shoe shiner. Who like me was supporting his family that day, going to work just like me.

It said far more about me than him, more about how I saw the world, about my pride, my set of values. Acts of work, or kindness, or devotion raise us up. From poverty, of spirit, or from real poverty.

He was just earning a living, or showing an act of kindness, or showing her flock what Jesus was teaching. 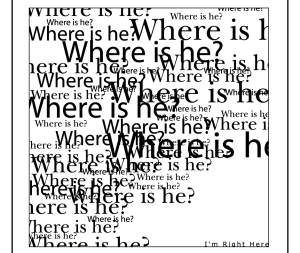 So between the desolation of Friday and the joys of Sunday.

He was in the hearts of his disciples, wondering where his church would go?

He was in the hearts of those who wanted him dead and all his ideas buried, thinking themselves victorious

He was in the heart of a Roman soldier

He was moving through gods plan. 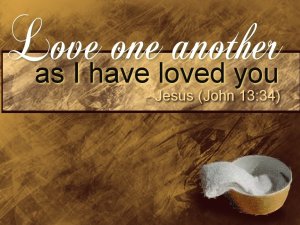 Lent has truly been a time for reflection, and as my first one as a confirmed christian with an understanding of the story very moving. I have been able to inhabit the build up, through lent classes and time spent in prayer, so that I came to Palm Sunday ready to be part of Holy Week.

He has taken me on a journey through my faith these 40 odd days, and now from now until Sunday the story moves away from me to him.

We can never do what he does over these three days, but we can learn from them.

Today he washes our feet, knowing what is to come, he leaves us the simplest way in which to consecrate the bond over thousands. He makes himself as low as can be, as insignificant. He shows us the real reason he came. To serve and to cleanse.

Then humanity shows our hate, pride, anger, fear , jealousy, greed, insecurity and ignorance are displayed for eternity in his passion that unravels in these time. Men and women just like us,just like me, just like you, do and say terrible things. The Pharisee’s and sanhedrin were reacting to him threatening and undermining all that they were, challenging their values, saying the unsay-able.

They were no more or less evil than me, no more than you?

If you think you are better than they were then you are missing the point.

So as my journey through lent ends, I can see the lessons I have been shown.
All I can ever say, is Thank You Jesus